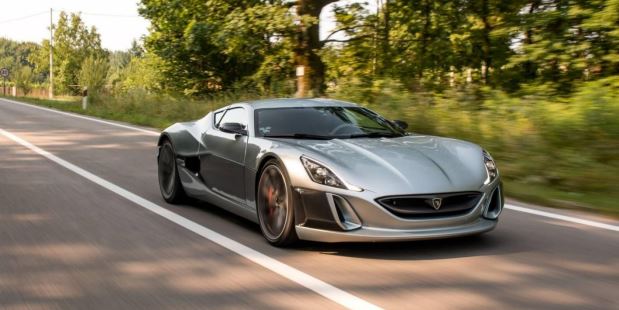 The prospect of the future is evocative of many human emotions which can cause discomfort. There is the fear of the unknown, change, fear of unfavorable events, and others.  Many car guys (and girls), are very worried about have their chairs pulled out from under them in form of boring slow and obscenely uncool vehicles. This is not a baseless fear as cars have gotten considerably less compelling with every single model year since the 1970’s gas crisis. Smaller engines, less power, less torque. By the 1980’s parking lots which were once home to sexy pieces of V8 powered Detroit iron, were housing repugnant 4 cylinder plastic pieces of garbage. Even the “muscle” cars of 1980’s were disgusting, just look at the evolution of the Ford Mustang.

However just because cars are becoming more efficient, doesn’t mean they have to become slower or less interesting. In fact today it means quite the opposite. Companies like Tesla, Fisker, and Rimac are redefining cool by ditching the old ways of building dream cars, in favor for the ways of future. They are creating a win-win scenario where peak efficiency, meets peak performance in the form of electric power. They are using sustainable/renewable solar power to power their cars. Right about now you may be thinking “that sounds pretty lame,” but trust me, it is not.  You see these cars are not only cheap to operate, require basically no maintenance (ie. Oil changes, transmission rebuilds, etc), but they are faster accelerating than even the most exotic fossil fuel powered supercars. The Tesla Model S (a family car) can be seen obliterating Lamborghinis, and BMW M cars in drag races all day long. The Rimac which is a purpose built super car is the quickest production car ever produced is capable of reaching 62 MPH or 100 KPH in under 3 seconds, whilst being 100% electric powered. As a result of the evidence presented above, it is a fair to us that in terms of cars, the future is bright.