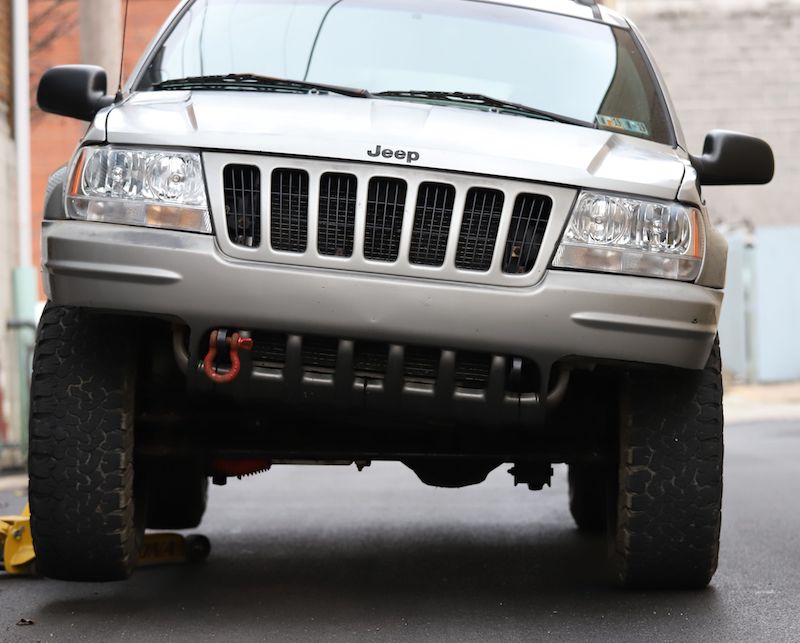 Nearly every WJ on the road in the Northern half of the country has rusty rocker panels.  It's not just WJs, the rust belt has earned the name for more than one reason.  The defunct steel mills are one reason, and the other is that cars rust faster due to the use of road salt to deal with snow on the roads.  Many owners choose to replace these rusted out panels with newer steel.  If you're going through the time and labor of cutting out the old rockers and welding in new ones, there is a strong argument to be made for upgrading to rock sliders.  The materials cost is a little higher, but you can jack up the vehicle at any point on the slider, and the steel is much thicker so it will outlast the rest of your WJ. 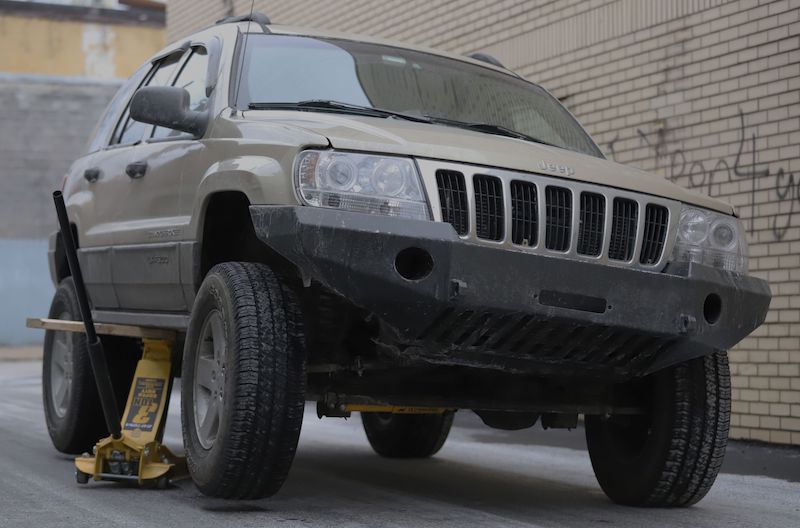 Just on our small team, we have 2 WJs, and both have rock sliders.

It's close using a standard floor jack, but you can definitely see daylight under the tires. 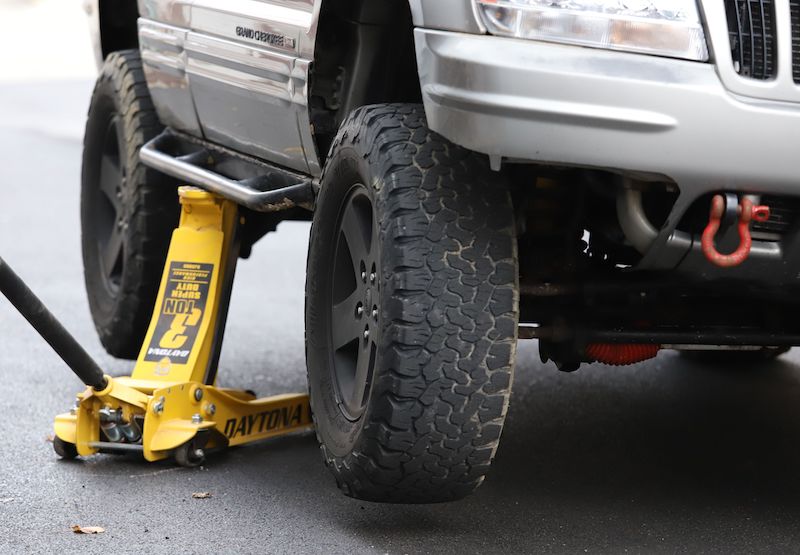 We'll try to get some more extreme trail use photos for our next installment.  We managed to leave the office, jack up the Jeep, snap the photos, and get back inside the heated office in about 11 minutes on this cold PA December day.  So we'll call that a win for today.

Did you put rock sliders on your vehicle?  Tell us about it in the comments!

Thanks for reading.
-Jon Gibbon